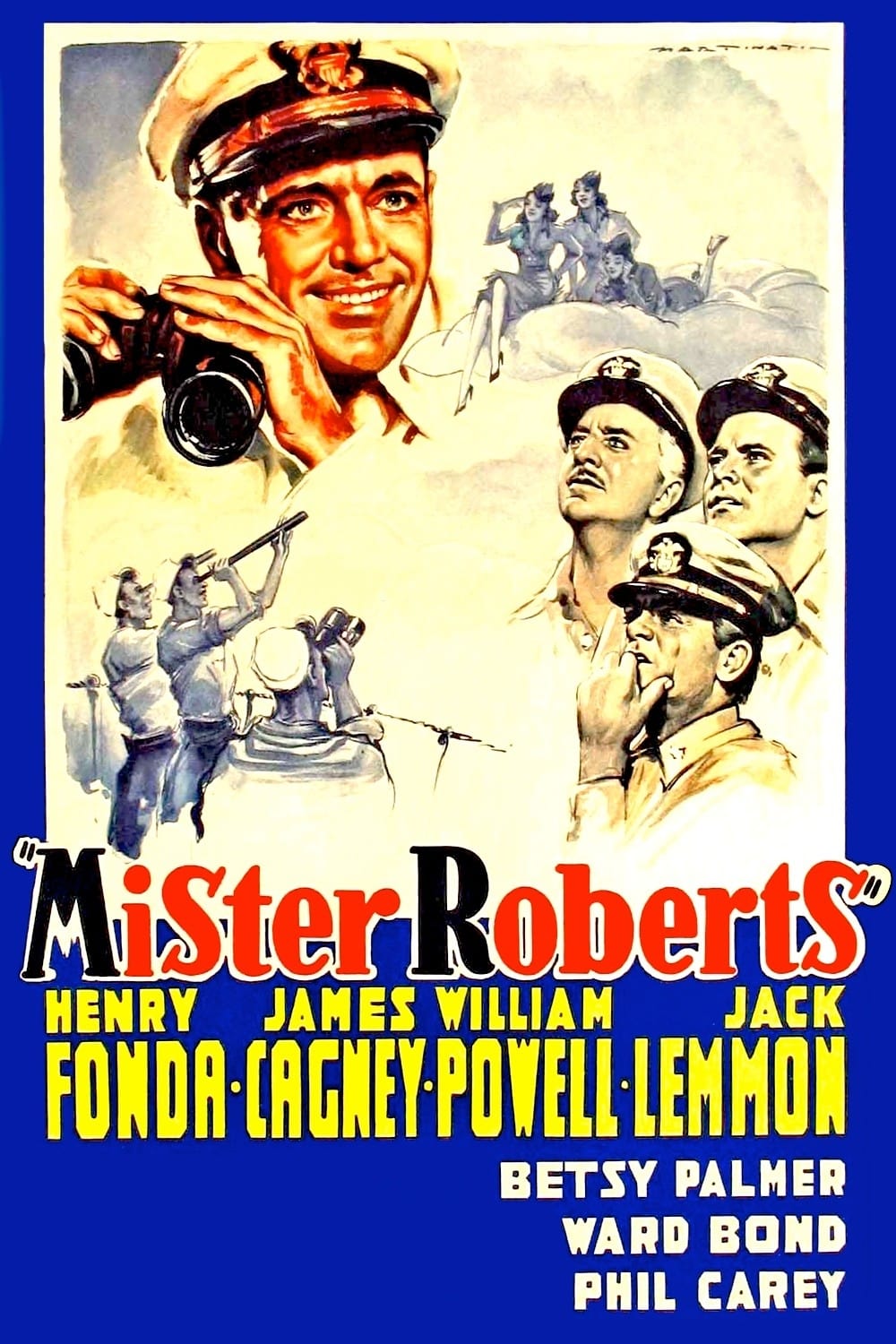 Bittersweet film about a supply officer aboard a decrepit cargo ship during World War II who yearns for a transfer into a combat zone but is thwarted by the ship’s captain, a petty tyrant. Forced to endure various humiliations in exchange for privileges, the crew engage in minor acts of resistance, and look to Mr. Roberts for inspiration and moral support. Based on the hit Broadway play.